BOOK LAUNCH: Tommy and Friends to the Rescue

Tommy and Friends to the Rescue, my second picture book, officially entered the world on 2 March 2018.
The book launch was hosted by the Trinity Anglican School, White Rock, Cairns, and I am grateful to the school for allowing me to use their premises. The ladies in the library did a fantastic job in organising the event at the school, the attending children were a wonderful and participating audience and I tip my hat to the junior journalists that grilled me with their well-prepared questions.
A huge ‘thank you’ goes to my editor, Ann Harth, and my publisher, Gloria Webb of Jabiru Publishing, who helped to shape my story into the delightful little book it is today. 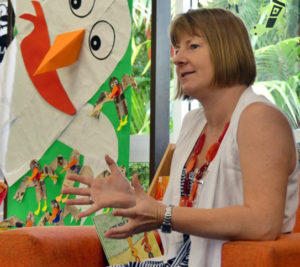 The launch coincided with the Clean Up Australia Day, which was held on Sunday 4 March Australia wide. A coincidence? Not in the least.
The story in my book gently explores the dangers littering can have on the environment and those that inhabit it. What we humans do affects everything: our forests, lakes and rivers, our oceans and pristine beaches. In Tommy and Friends to the Rescue, Tommy witnesses firsthand the havoc humans inflict on his beloved forest home. It is left to him and his friends to deal with the fallout but, as in any children’s story, all is well in the end. Tommy and his friends manage to save the day. In the real world, however, the animals are powerless and it’s up to us, humans, to do the right thing.
It’s a story of learning, friendship and the importance of protecting what we love the most: our home and those that occupy it.
This is the story I wanted to share.

COMING! Tommy and Friends to the Rescue (Book 2)

In his second adventure, Tommy meets humans for the first time in his life. What is this meeting going to be like and what will Tommy learn? 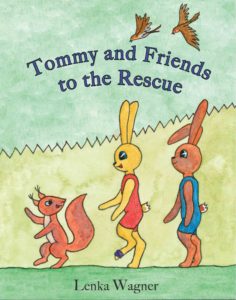 When strange creatures turn up at the meadow, Tommy watches as his world is transformed from a peaceful forest he loves to an ugly place full of hidden danger.

Can Tommy and his friends come to the rescue and bring peace to the forest again?

Published by Jabiru Publishing. To be released in December 2017.

Tommy Learns a Lesson is a new children’s picture book for children aged 4-7.

One day, he leaves his home, without telling anyone.  At first, everything is fine, but there is danger hiding in the forest, and soon Tommy finds himself in a difficult situation.  Even worse, he’s all alone.

Will Tommy learn how important it is to have friends and a caring family before it’s too late?

Published by Jabiru Publishing.  To be released in March 2017.