I live in tropical Far North Queensland. I’m surrounded by lush green forests on one side and vast turquoise waters on the other. I watch Ulysses butterflies flash their electric blue wings in my backyard. I wake up to a cacophony of bird voices in the mornings. In our larger ‘backyard’, we have cute wallabies, rare tree kangaroos and the impressive cassowary, whose call sounds like it came from a dinosaur, not a bird. Colourful fish frolic on the reef, and turtles make frequent appearances.  Not to mention crocodiles. With so many captivating animals to choose from, then why are my children’s stories full of rabbits?

It comes down to roots. And by roots I don’t mean the snaking woody stems that I often trip over when exploring the local rainforests. It’s the origins. My origins. The place I came from. The place that shaped me and forever left its mark on me.

I hail from a small European country in the middle of the continent, bordered by other countries. The nearest sea, the Mediterranean, is about two-three days drive. The lack of any large water vessel is compensated by beautiful mountains, deep green forests, and numerous rivers and lakes. Rabbits, foxes, deer, and even wolves and bears roam these forests and open fields.

Growing up in a small country town has its advantages. It’s very close to nature. As a child, and later as a young adult, I ventured there often, with my childhood friends, with my family, or by myself accompanied by my scruffy little dog. Rabbits, foxes, birds and Bambies were a part of my culture and stories. My childhood ‘hero’ was a rabbit from a very popular cartoon series. The rabbit’s escapades still bring a smile to my face. As a teenager, I discovered a book called ‘Watership Down’ by Richard Adams. It became one of my favourite treasures. I’ve read it many times since. Still love it.

But turns out rabbits go much much deeper…

Recently on our family holidays, my mum, brother and I were bobbing up and down in the gentle ocean waves, enjoying the sun and the warm currents underneath, when our conversation turned to my brother’s children.

‘She still falls asleep with a thumb in her mouth,’ my brother says. ‘She’ is my niece, about to start primary school.

‘Well, remember my son and his affection for beanies?’ I say and laugh, picturing my then 4-year-old son holding a fluffy beanie to his face. I laugh even more, almost taking a mouthful of water, when my mind offers an image of my brother as a toddler cuddling his white baby blanket.

‘You were not different,’ Mum says. ‘You had a special rabbit skin. You wouldn’t go anywhere without it!’

Who would have known.

Once the idea fully formed, my mind was set. There was no going back.

I was going to write and illustrate a children’s book.

I suppose the timing couldn’t have been better. I was jobless, as I had finished my previous job only a few weeks ago, and had nothing new lined up. Well, I was not quite jobless. I gave myself the best job in the world: I set my creative mind free. To work on a new, totally different, project. The downside? It didn’t pay a fortnightly salary. But, after working in the corporate world for almost twenty years and raising a young family, it didn’t worry me. After all, I could do with a break.

My husband was supportive of my little venture; in fact, he encouraged me as much as I had hoped for. It took the pressure off my shoulders. Financially, we knew it would get a little tougher and certain luxuries would have to be sacrificed, but we could survive.

After I solved the issue of what paper and paints and paintbrushes to use for my illustrations, I set to work. The next few months were one of the happiest times of my life. A hobby became work and work became as pleasurable and rewarding as a hobby. The two blended so seamlessly, it didn’t matter what time of the day or the day of the week it was. Writing at 5pm on a weekday? No problem. Dinner? Leftovers from the previous night. Illustrating at 11am on a Sunday? A quick ham and cheese toasty for lunch. Rushing to the art store the minute I ran out of paint? Without batting an eyelid.

I illustrated. I wrote. Words like ‘structural editing’, ‘ISBN’, and ‘marketing’ didn’t even enter my head. I was blissfully unaware. Those months were all about being creative and free to express myself, about spending time with my family, as I was around when they came home from school and work. While I claimed the dining table as my art space, my husband and son took over the kitchen island to tinker with whatever they found. I loved every minute of it.

It wasn’t all worry free though. There were recruitment agencies out there. The last thing I needed was to be hassled with job opportunities. I had a job, after all. I wanted to finish what I had started, without losing focus or momentum. It came close though. I did get that phone call… And somewhere during our chat, I told the agent I was working on a book and then politely implied that I didn’t need a corporate job right now. I didn’t hear back from them. For another year. Perhaps I blew it. Perhaps the hiring company changed their mind. Perhaps there were no other jobs in my area of training. But that’s water under the bridge now.

My project was finished and I was ready for the next step. 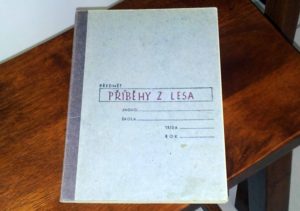 Welcome to my blog.

There’s a lot happening in my life at present but I will try to check-in with you regularly.

My first book (a children’s picture book) was published in March 2017, followed by another in December 2017. Check my Books for more info. There’s a middle grade novel manuscript that now requires, and deserves, my attention. I’d like to get it out into the big wide world, as my son assures me it’s a very intriguing story, worth publishing (he has no idea!). I’m also writing my first adult novel, albeit very slowly. As annoying as it may be, life takes precedence at times. A family to be fed. A dog to be walked. My other part-time job to be attended to. A committee meeting to rush to. Thousands of things happening at once. But I wouldn’t have it any other way.